Why Orji Kalu, Mao Ohuabunwa, must step aside for younger leaders – Opotoyom 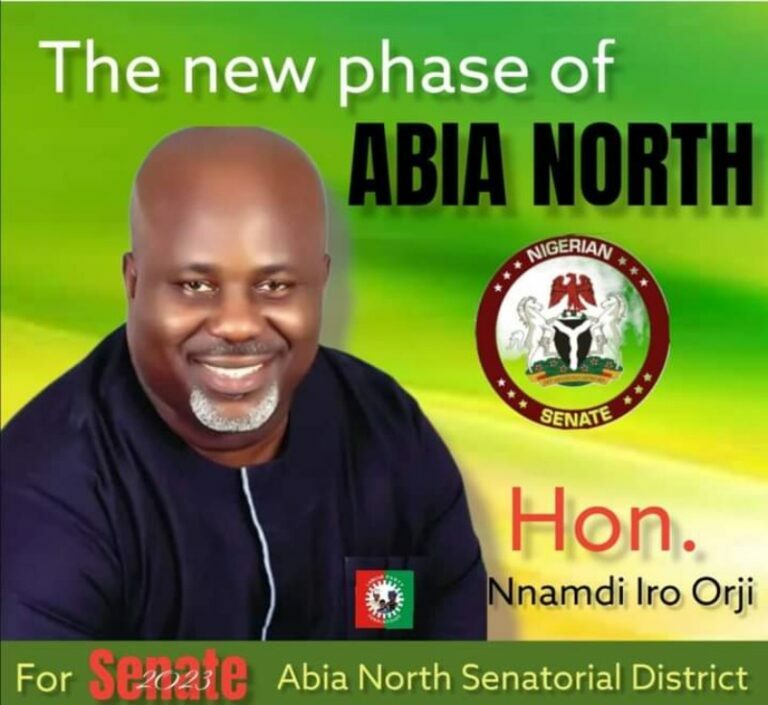 The 2023 Abia North Senatorial Candidate for Labour Party, Hon Nnamdi Iro Orji, popularly called OPOTOYOM, has once again insisted that the narratives of political representation must change across Nigeria and Abia North will not be an exception because that is the only way to reverse the dwindling fortunes of the senatorial zone, vis-a-vis, Abia State.

He made this assertion while speaking with newsmen during his continuous grassroots mobilization, consultation, and consolidation tour that has deepened the structure of the Labour Party across Abia state in preparation for the landslide victory awaiting the most popular party in Nigeria presently.

Opoyoyom emphasized the imperatives of voting in youths with bright ideas for a better future which Peter Obi and every other candidate in the Labour Party represents, saying that the old ways must give room for fresh ideas to move the nation forward.

“We have seen the efforts of our elderly, aging, and long-time politicians like Senator Orji Uzor Kalu, Senator Moa Ohuabunwa, etc. We have seen their capabilities and efforts which we have commended, notwithstanding their shortcomings. But I think this is a time they must step aside for the younger generations to take over because an adage says that “a male dog does not fight till old age” (oke Ankita anighi aluga ogu Kaa nka). There is no way we can have fresh development until we inject fresh ideas into the polity, that is the pedestrian we have come today, and that is why we must insist on the paradigm shift in 2023 to usher in better days ahead” he insists.

The recent set up of structures in the grassroots by Hon Nnamdi Iro Orji across Abia North Senatorial Zone and the acceptability that has greeted the promise of new hope for Ndi Abia North is a sign that the electorates are determined and ready to take back their destiny in 2023 through massive support for Labour Party candidates as the only alternative and remedy to rescuing Abia from continuous hemorrhage occasioned by long epochs of maladministration, instituted impunity and economic mismanagement that has crippled the system.

Meanwhile, the energetic candidate has reiterated his preparedness to take up the task of a people-oriented representation headlong in 2023 for the good of Abia North Senatorial Zone and Abia State at large.