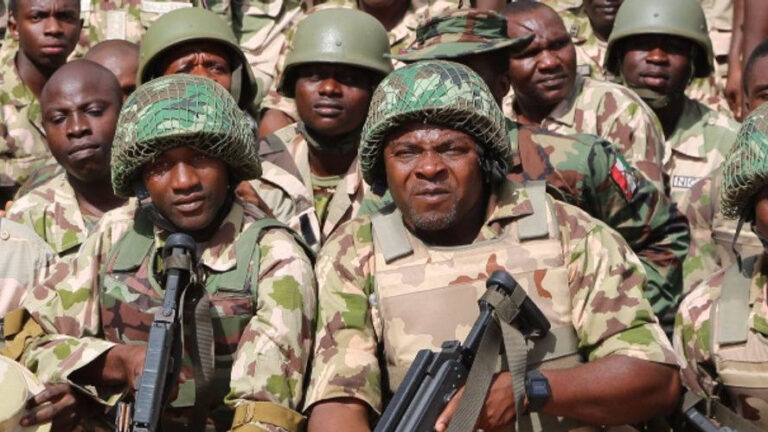 The Defense Headquarters says Operation Hadin Kadin troops killed more than 36 terrorists and several others in airstrikes in the northeast in the past two weeks.

Defense Media Operations Director Musa Danmadami, a Major General, said this at the fortnightly press briefing on the operations of the armed forces on Thursday in Abuja.\

Danmadami said that two top commanders from Bolo Haram and Islam States of West African Province (ISWAP) terrorists, identified as Abu Asiya and Abu Ubaida (A’Qaid) were among those eliminated during the period.

He said that while Asiya was killed in Parisu, Ubaida was killed in Sheruri, all in the general Sambisa forest area, on September 13 and 15, respectively.

“Other items recovered are 19 cell phones, 28 flashlights, bags of assorted grains, 122 whispered sheep, and the sum of N203,125 among other items.

“Similarly, a total of 368 suspected terrorists and their families, including 53 adult men, 116 adult women, and 214 children, surrendered to their own troops at different locations in the theater.

The defense spokesman said that the air component eliminated several terrorists in Somalia in the Sambisa forest on September 9 in an aerial bombardment.

He said that a similar operation was carried out in the terrorist enclaves in Abdallari, Mafa, Zanari, and Tumbun Baba between September 10 and 14 killing several terrorists and destroying their structures.

In Nigeria, food hardship worsens due to terrorism, climate change

Gov Uzodinma reacts to killing of residents, burning of the market by Nigerian troops