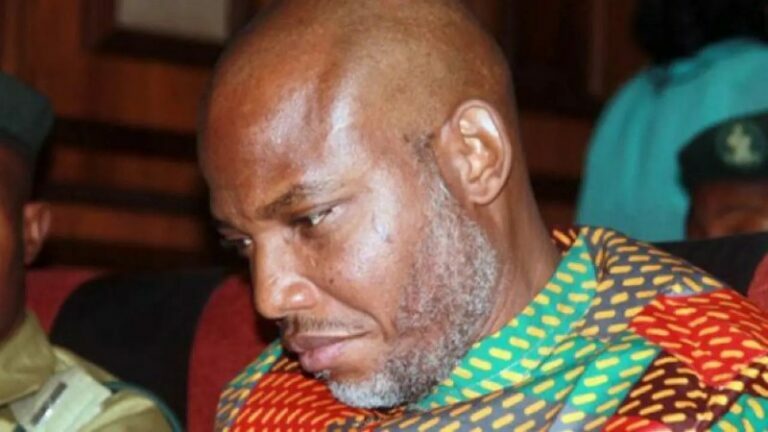 Ifeanyi Ejiofor, counsel to the detained leader of the proscribed Indigenous People of Biafra, Nnamdi Kanu, has said his client has been diagnosed with gastrointestinal disorder.

In a statement on Monday, Ejiofor said the development followed a persistent heartburn earlier experienced by the freedom fighter.

According to the lawyer, despite the order of Justice Binta Nyako of a Federal High Court in Abuja that Kanu should be given serious medical attention, the Department of State Services, DSS has been acting on the contrary.

He raised the alarm shortly after visiting the IPOB leader at the DSS Headquarters in Abuja on Monday.

“Unfortunately, the DSS have denied him the least of the prescribed pain killer tablets that could provide momentary relief.

“Following this development, our erudite lead counsel, Chief Mike Ozekhome (SAN) has immediately swung into action to ensure immediate end to this maltreatment and impunity.”

Dr. Samuel Insists, Only Empathy Can Help A Leader Serve The People Well