Types of courts in Nigeria and their functions 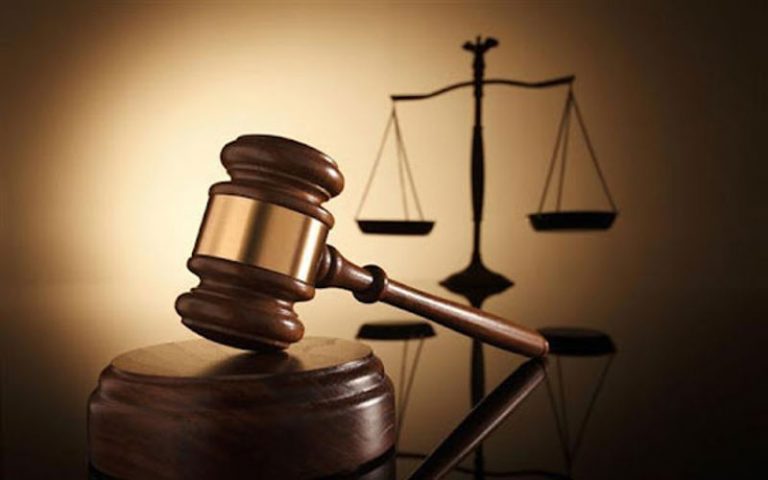 Types of courts in Nigeria and their functions: One of the three branches that make up the Nigerian government is called the Judiciary. It is required by law to settle disagreements that arise between private parties, government entities, and business entities as a result of their interactions with one another within or outside the borders of the nation. In Nigeria, the Judiciary is comprised of a variety of separate courts, each of which has its own specific function. The courts are organized in a hierarchical structure, with the highest courts having authority over the lower courts.

The legal system in Nigeria, like to the legal systems in other countries, is comprised of a network of appellate and original jurisdiction courts and tribunals, each of which has its own unique jurisdictions. What are the 9 different kinds of courts that are found in Nigeria?

Different kinds of courts in Nigeria and the roles they play

The various kinds of courts that make up the Nigerian legal system as well as the roles that each one plays are discussed in the following paragraphs. The highest court in the land This court sits atop the entire structure of Nigeria’s judicial system, making it the highest possible authority. Section 230 of Nigeria’s constitution from 1999 makes provision for the country’s highest court, the Supreme Court of Nigeria. It is impossible to lodge an appeal with this court because it possesses the greatest level of jurisdiction in the country.

When Nigeria was declared a republic in 1963, the top judicial body was also constituted at that time. Only the Supreme Court has the authority to consider appeals from lower courts, such as the Court of Appeal. In addition to this, the court has the authority to hear cases from all of Nigeria’s state and federal courts. The highest court in the land may be found in Abuja, which is located in the Federal Capital Territory. It is comprised of the country’s Chief Justice as well as an additional 21 justices of the Supreme Court who have been selected by the President and ratified by the Senate. Once they reach the age of 70, all of the active members of this judicial body are required to step down and retire from their positions.

The functions of the Supreme Court are:

The Court of Appeal

In Nigeria, the Court of Appeal holds the position of being the country’s second-highest-ranking judicial body. In Nigeria, there are 72 Courts of Appeal, which are dispersed across the country’s six geopolitical zones (South, South-East, South-West, Northcentral, North East, and North West). The principal responsibility of the body is to hear and decide on any disputes relating to the vacancy of office, election, and terms of office of the President, the Vice President, the Governors, and the Deputy Governors. However, in addition to that, it fulfills other purposes.

The provision for the Court of Appeal can be found in Article 233 of the Constitution of the country. It is composed of the President of the Court of Appeal as well as any number of justices that is not fewer than 49, and of those justices, three are required to be knowledgeable in Islamic law and three are required to be knowledgeable in customary law. The judicial body is not responsible for making decisions regarding first-time matters. Instead, it investigates the manner in which the same cases have been heard by other trial courts in order to confirm that appropriate procedures have been followed. Abuja’s Court of Appeal may be found in the Three Arms Zone of the city.

The other functions of this judicial body are:

In Nigeria, the Federal High Court holds the position of being the country’s third-highest judicial body. It is led by a Chief Judge and other judges, the number of which is contingent on what the National Assembly decides to appoint. More than 15 of the 50 states in the country are home to their respective federal high courts. The Constitution’s Section 249 is responsible for the establishment of the Federal High Court. It has the authority to hear civil cases involving the money collected by the Federal Government of Nigeria from its citizens. The areas of admiralty, copyright, banking, excise taxes, customs, and taxation are all examples of such cases. Take a look at some of the other cases that various Nigerian court agencies are responsible for handling:

In Nigeria, a provision for this kind of court may be found in Section 254A of the Constitution of the Federal Republic of Nigeria, which was adopted in 1999. It holds the fifth position in the order of the courts in Nigeria. The National Industrial Court is the only court in the country with the authority to hear and decide on the following types of labor disputes:

In addition, the judicial body is responsible for hearing appeals from industrial arbitration panels and other entities that deal with employment disputes and making decisions about those appeals. Since its founding in 1976, the organization has had as its major mission the resolution of conflicts between labor unions and labor unions, trade unions and workers, workers and workers, and workers and employers. The NIC possesses all of the powers that are granted to a State High Court, in addition to appellate jurisdiction. Its main office is located at 11 New Bussa Close, Area 3, Garki, and it has a number of satellite offices spread out across the country in a variety of states.

The provisions for this judicial body can be found in Section 277 of the Constitution of the Federal Republic of Nigeria, which was adopted in 1999. In particular, it focuses on the more northern regions of the country when conducting its investigations into issues that involve the implementation of Sharia law. The North-East Nigerian unified legal system includes the Sharia Court of Appeal as one of its constituent judicial bodies. This is the part of the world where the Sharia legal system is extensively followed. The Grand Kadi and the other Kadis work together to preside over the judicial body. A closer examination reveals its most important capabilities.

This body is headed over by the President of the Customary Court of Appeal, and it is composed of any number of judges, the exact composition of which is left up to the National Assembly to decide. Section 265 of the Constitution of the Federal Republic of Nigeria, which was ratified in 1999, specifies the body that would be established.

Within the realm of civil cases that fall under the purview of customary law, this judicial body has appellate and supervisory jurisdiction. It is responsible for hearing appeals that query the interpretation or application of customary legislation by lower customary judicial bodies and making decisions about those appeals.

The Magistrate or District Courts

The Constitution of Nigeria from 1999 does not provide any provisions for the country’s magistrate court, making it the only court on this list. It is a judicial body that is primarily responsible for rendering summary judgments, and it was founded by the House of Assembly. This indicates that this particular judicial body makes all of its rulings through a process known as summarization.

The only difference between the Magistrate court and the District Court is that the former name is more commonly used in Southern Nigeria, while the latter one is more common in the northern portions of the country. Both terms relate to the same entity. This body deals with issues pertaining to civil law, and the regulations that apply in each region are a little bit different from one another.

In addition to the eight primary courts that were just mentioned, there are also specialized courts throughout the country that are known as tribunals. A tribunal is, in most cases, a specialized judicial body that was established to settle disputes that arose from the application of a particular subfield of the law. Take a look at the several tribunals that are now in operation in Nigeria.

Chapter C15 of the Code of Conduct Bureau Act is responsible for the creation of this particular tribunal. The President of the United States, acting on the advice of the National Judicial Council, appoints the chairperson and vice chair of the Tribunal, as well as any other members who may be deemed necessary. In the event that those holding public office are found to have violated the provisions listed in the Code of Conduct Bureau and Tribunal Act, the tribunal has the authority to try them in court. In addition, the body has the authority to inflict any one of the punishments that are detailed below.

The country’s Court of Appeal is the body that is responsible for hearing and deciding appeals from the Code of Conduct Tribunal. In addition, the verdict of this tribunal does not protect the accused from the possibility of further criminal accusations being brought against them.

The election tribunal is a national electoral judicial body that is often composed of members of the Supreme Court and the Court of Appeal. Its purpose is to adjudicate electoral disputes at the national level. It is composed of a number of separate sub-tribunals.

In Nigeria, how many different Courts of Appeal are there to choose from?

There is just one Court of Appeal in the entire country. Despite this, it is divided into 72 divisions, one for each of the 36 states and each of the six geopolitical zones.

The highest court in Nigeria

There is only one court in Nigeria that is considered to be of the highest standing: the Supreme Court. It is composed of the Chief Justice of Nigeria as well as a number of Justices of the Supreme Court, with the total number of Justices not to exceed twenty-one and subject to whatever limitations may be imposed by an Act of the National Assembly.

How many state law courts are in Nigeria?

Nigeria has 36 state high courts, with one located in each of the states.

What are the three different categories of courts?

Who serves as the Chief Justice of the Nigerian Supreme Court?

Olukayode Ariwoola is serving as the Chief Justice at the moment. After the previous Chief Justice Tanko Muhammad handed in his resignation on June 27th, 2022, he was appointed to the position.

In Nigeria, there are several distinct kinds of courts, each of which performs a unique set of responsibilities and is granted a unique set of original, appellate, and supervisory jurisdictions. The Judiciary is the entity that is responsible for deciding disputes in accordance with the laws of the country, and it is made up of these judicial bodies just like it is in the majority of other countries.

Priest who started ‘ministry for polygamy’, says it’s God’s will to have many wives