US online university graduates over 400 Nigerians as ASUU strike rages on. 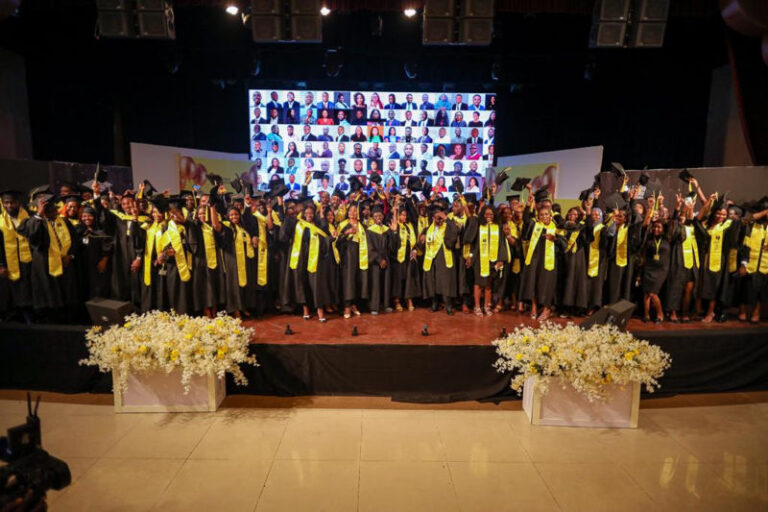 More than 400 Nigerian students have graduated from N^exford university (NXU), an American online university, for the 2021 to 2022 session.

The online university, according to Country Director Olamidun Majekodunmi-Ogundoyin, was launched in the country in 2019 and has since enrolled over 3,000 students in Nigeria.

Although the university said it does not see itself as a beneficiary of the ongoing protracted strike by the Academic Staff Union of Universities (ASUU), it acknowledged that it saw significant growth in claims during the strike.

In her remarks on Saturday at a graduation ceremony held at the Oriental Hotel, Lagos, Ms. Ogundoyin noted that the American university has partnered with more than 50 organizations, graduated more than 600 alumni, and enrolled some 700 total scholars o partials.

She said, “Today’s event is extremely exciting. It marks a milestone in the brand and education system in Nigeria. It means several things.

“One, the fact that we can allow and admit multiple students ranging in the 1000s to come in and enroll in an online program that is very unconventional and very non-traditional.

“Here in Nigeria. We are graduating over 400 students today and have enrolled over 3,000 in Nigeria alone. It says something about the future of education here in Nigeria.”

In his opening address, the Country Director of DAI, an international development organization, Joe Abah, urged graduates to keep learning to gain more skills that will give them better opportunities with employers.

“So the higher the title you have, the better chance you have, unfortunately, the world is wired that way so give yourself as much of a chance as you can,” he said.

“It’s about harnessing this knowledge, this experience, to create significant real value for us and society in general,” he said.

Ms. Majekodunmi-Ogundoyin explained that the length of the NXU program depends on the students and is compared to traditional universities. She said that her bachelor’s degree lasts three years.

She said: “So the Nexford title you’re getting is in your own hands, so you have the ability to scale as fast or as slow as you want.

“On average, our bachelor’s degree takes about three years to complete compared to traditional universities

“And for the master’s program, that’s the Master of Business Administration (MBA), you can finish it in about 18 months on average but then again, some people finish in less than 12 to 14 months, while others finish a little later if they are working or doing other things at the same time.”

Speaking about the university system and how it benefits students, its founder and CEO Fadl AlTarzi said that the system has been structured to equip students with the right skills to meet the expectations of employers.

He said: “You know, the world is moving virtually, it’s a global network right now. If you’re on the grid, you’ll be able to access career opportunities by equipping yourself with the skills you need.

“Employers in the US, UK, Australia and around the world are looking for talent like we have in Nigeria because there is a shortage of talent in other markets.

“There is an abundance of talent here. What they need are the right skills to move forward. So you are no longer limited by your physical location today.

“You need to have previous education and a minimum level of English proficiency to equip yourself to be successful at Nexford.

How the ASUU strike contributes to growth

The university management said that while it is not happy about the ongoing industrial action by university professors, it has seen significant growth in enrollment during the strike.

NXU Management Team at the 2022 Commencement Ceremony held at the Oriental Hotel, Lagos

“Well, we don’t see ourselves as beneficiaries of this strike, the strike hurts students all over Nigeria and that doesn’t benefit our industry,” said Ms. Majekodunmi-Ogundoyin.

He gave the example of a student who joined Nexford after spending two years at a public university in Nigeria.

When asked about Nexford’s relationship with the Nigerian Ministry of Education, both the Executive Director and National Director said that there is no formal collaboration with the Ministry.

As an American university, they explained that they are licensed and accredited in the US and the UK, so being an online university has “allowed Nexford to be accessible to any student from around the world.”

Mr. Abah also condemned the ongoing ASUU strike, noting that the strike is harming the Nigerian education system and the youth.

“It affects your progress and your career. And it’s totally unfair to the students,” he said.

From the OAU to Nexford

In an interview with one of the top-class MBA graduates, Tosin Nathaniel-Luz, who earned her first law degree from Obafemi Awolowo University (OAU), said the program at NXU took her to a “higher level” because she is now more equipped with digital skills since the courses were more practical than theoretical.

“At first I had the mindset that it’s just an online school that shouldn’t cost me that much, but honestly I was surprised because it was quite overwhelming and I learned a lot, it’s much more than the usual theory, it was practical.

“I did a lot of self-study, I learned how to use a lot of new tools, online tools, different apps and we took an online exam, and the exam was proctored, yeah, an online exam where you can’t even do bad practice in the exams because the computer is watching you.

She also noted that her interest in business made her apply to NXU’s MBA program and studied further than OAU, where she graduated with an upper second class qualification.

“I’ve always had a business mindset all through school, and still graduated with a 2.1 CGPA, but I did a lot more at NXU and got a 4.0 CGPA.

“And I think that’s an achievement and I’m very proud of myself because I didn’t feel like it was feasible,” she said.

Speaking about the duration of the MBA program, he said that he spent two years due to other commitments and confirmed that the tuition is monthly.

“In fact, I spent two years from 2020 to 2022 because I took some breaks, but I know of some colleagues who said they were done in six months.

“You can go at your own pace and it’s a monthly payment, they don’t pressure you to pay everything at once.”

In his remarks, Oyo State House of Assembly Speaker Adebo Ogundoyin praised the university for providing Nigerian students with an alternative to earning degrees.

“I can see a bright future for Nexford, I was hoping it would be a more conservative program but to my surprise I see a lot of graduates, I see the future is bright for Nexford University.

“I especially enjoy the fact that they mix technology into education, which is the future, as we all know, ASUU has been on strike for months on end and the state governments would urge them to end the strike, but with this platform, there is a way. for tertiary education students,” he said.