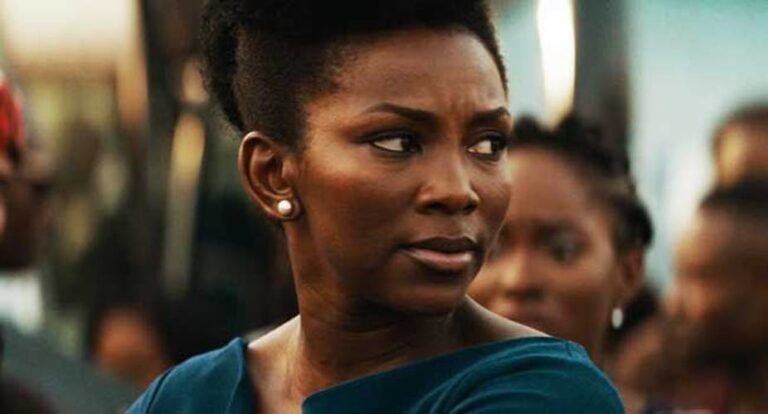 What you need to know about Genevieve Nnaji: background, career, movies, daughter, and net worth:

Genevieve Nnaji is a woman whose professional accomplishments are unparalleled to those of any other woman. She is often referred to as the Julia Roberts of Africa. It is clear that the actress, producer, artist, and director has accomplished a great deal, as evidenced by the multiple titles she currently holds, despite the fact that she is only 43 years old. The life story of Genevieve Nnaji will demonstrate to you that the power of a woman is unconstrained by any boundaries whatsoever.

Have you ever heard of Lionheart? What about the book called “The Mirror Boy”? Or My Idol? These are only a few of the films in which Nnaji has appeared as a lead actor or actress. The master actress, who is 43 years old and has a wide range of acting skills, can convincingly portray virtually any character that is given to her. You will get the chance to read about the celebrity’s many other accomplishments, in addition to her acting skills, in the following paragraphs.

Genevieve Nnaji was born in the town of Mbaise, which is located in the state of Imo, Nigeria. On the other hand, she spent her childhood in a home in Lagos that belonged to the middle class. Her father was an engineer, and her mother was a teacher at a nursery school when she was growing up. The actress is the fourth child of a family with a total of eight children.

Nnaji began her academic career at Methodist Girls College Yaba, which is located in Nigeria. After that, she enrolled in the University of Lagos to pursue a degree in creative arts, from which she ultimately emerged with a bachelor’s. She began her pursuit of playing roles in Nollywood even though she was still enrolled in college and attending auditions there. Nnaji’s acting career began when she was still a youngster, even though she did not begin to audition for acting jobs until she was a student at the university. At the age of eight, she made her acting debut on the long-running and critically acclaimed television series Ripples, which marked the beginning of her career.

While she was still a child, she appeared in a variety of advertisements for well-known brands, like Pronto and Omo, during her acting career. Her first role in a movie, which was in 1998’s Most Wanted, was her introduction to the Nigerian film business. She had only turned 19 years old at the time. After this, she had roles in the movies “Last Party,” “Ijele,” and “Mark of the Beast,” all of which contributed to her rising stardom among Nollywood enthusiasts. She had a role in the film Sharon Stone, which was released in 2002, and it was this performance that brought her renown not just in Africa but also in Europe.

The actress has racked up more than a hundred acting credits throughout the course of her career. The following are some of the films in which she has acted:

Nnaji has been able to keep her privacy intact in spite of the many stories that surround her private life. She has not tied the knot as of this moment.

Genevieve Nnaji has a daughter named Theodora, who is more commonly known as Dora. When looking over the photographs of the mother and daughter together, it is immediately apparent that Genevieve Nnaji and her daughter share a striking likeness to one another. How old is Genevieve Nnaji daughter? Even while nobody knows when Dora was actually born, we do know that Nnaji was just 17 years old when she gave birth to her daughter. According to this, Genevieve Nnaji’s daughter will be approximately 26 years old in the year 2022.

What other information is available about Dora? During her time at the university, Dora focused her studies in the field of mass communication. On the other hand, she decided to pursue a different line of work. While she was still in school, she founded a school for the application of makeup. She is now a celebrity makeup artist and works with a variety of A-listers. She is the owner of NAJ Makeup Studio, which can be found in Yaba, in the city of Lagos. Theodora is a wife and a mother in her spare time, in addition to running a successful beauty company. The year 2016 marked the year that she tied the knot with Prince Osi Chigozie Ikediwa, and the couple now has a baby together.

Genevieve Nnaji’s estimated net worth is said to be more than $8 million by Austine Media. Nnaji is regarded as one of the wealthiest and most powerful actresses in Nigeria at the present time.

Genevieve Nnaji is a fierce woman, a talented woman, and a phenomenal woman. She is arguably one of the most prominent faces in the world of entertainment in Africa and beyond.

Many terrorists killed in Katsina as Vigilante thwart attacks