Donseth Advices Mercy Chinwo, husband on how to handle her next phase – Opinion 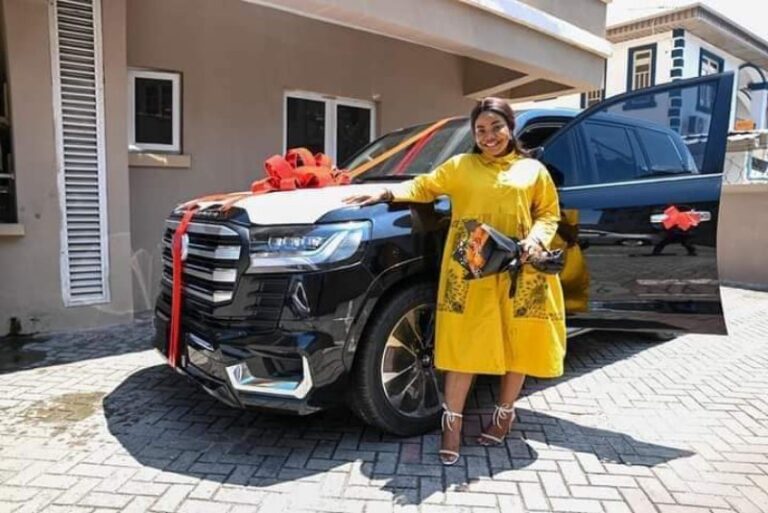 Seeing some people questioning how Mercy Chinwo ‘s husband was able to afford an SUV is quite laughable. It only shows how ïgnorant and myøpic such people are.

After Sinach, Mercy is the biggest female gospel musician in Nigeria.

Her husband owns a church in Lekki and you are asking how he managed to afford an SUV?
You guys joke a lot in this country!
That’s by the way…

Calvary greetings, Sir. You’ve tried, but at this point, it will be nice for you to step back and hand over to professionals to continue from where you stopped so that they can take whatever gain Eezeetee has achieved over the years to the next level.

I understand that you are sincerely trying as a good husband to help your wife’s brand by growing her YouTube channel and so far you’ve already done nobly.

Moving her channel to 281k in less than two months is no joke. I applaud you for that.

Sir, you’ve enjoyed the clout and fame that the wedding brought because Nigerians like weddings, it’s okay.

But don’t push your luck farther than this or you will watch these online in-laws association of Nigeria break your wife. Take it to the bank.

Right now all those high emotions have gone down and people’s cognitive reasoning is fully activated.

Nìgerians naturally hàte the rich especially when you rub it on their face.

The media is programmed to run and thrive on evīl reports because bád news travels faster and lasts longer than good news.

Every saint has a past and every sìnner has a future and nobody likes it when people start digging into them.

I respect Eezee Tee big time, his ability to control the media narrative around all his artistes, especially the females, is worth studying.

I understand that no publicity is a bád one, yes that’s true, but your wife is a gospel artiste and you are a pastor (two endángered species), you need to understand that the standards the Nigërian society set for you guys are quite unrealistic.

I’m not sure if your wife has been able to build the emotional capacity to handle media drama, so tread cautiously so you don’t spend the time you would have used in releasing and promoting new content doing damage control.

You have already missed two golden opportunities you would have used to release new content.
Attaching a product to the wedding clout wouldn’t have been a bad idea, attaching a song to the birthday surprise would have been a killer move too.

Your wife is passing through a phase/ transition in her career and she has never towed this part before, you need a badãss team to help her navigate through the entire process.

Eezee Tee has already left a very big shoe and whoever must step into that shoe must be a genius.

By now she should be warming up to record postnatal content if she hasn’t done that already, something like what Simi did with Duduke…

Well, I believe you get the point now. Congratulations! 👏👏

My name is Donseth Beat

2023: PANDEF threatens chaos, should next president emerge from the North