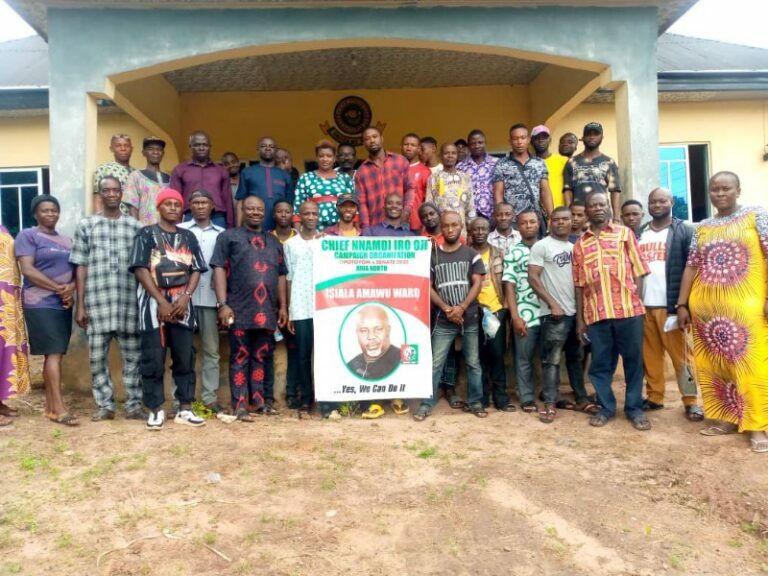 The journey to the Senate to represent the good people of Abia North Senatorial Zone has continued to get the right boost as this political dispensation has thrown up young, vibrant, and energetic candidates with the right experience to lead and bring Democratic dividends closer to the people through people-oriented policies that is guaranteed only through Labour Party. This is why Nnamdi Iro Orji can be said to be a prayer answered at the right time.

Indeed, the recent acceptability and endorsement received by Hon Nnamdi Iro Orji (Opotoyom), during the recent tour of the zones that make up Abia North Senatorial Zone, is a sign that 2023 is going to be a year of changing the political landscape of Nigeria through youth participation in politics to take over their destiny and chart a new course that will guarantee a better future for today, tomorrow and generations yet to be born.

The massive endorsement has proven that the much-touted propaganda that Labour Party has no structure is a political gimmick aimed at confusing the masses and deceiving the gullible into believing that a vote for Labour Party is a lost vote. No! instead, the people have proved that you cannot talk about structure without human beings, that is why they have now formed formidable structures to make a powerful political statement in 2023 that power belongs to the people.

The Eagle Foundation has remained one of the strongest political structures in Abia State and has men and women that are faithful to the course of a better Abia North. This formidability has been expanded to new frontiers with the new inaugurated Chief Nnamdi Iro Oji Campaign Organization (Opotoyom 2023) where the masses have taken it up upon themselves to sensitize the people on the need to vote en masse for the man with hope for today and a plan for tomorrow.

As the match to the 2023 election continue to draw nearer, we must remain avowed to our determination to rid Nigeria of men and women that have become purveyors of our collective patrimony and institute hope and true democracy.