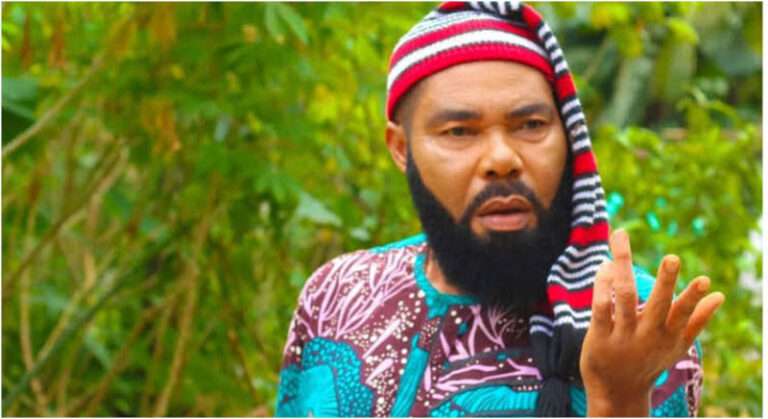 Beleaguered Nollywood actor, Armstrong Moses appears to have defied his suspension by the Actors Guild of Nigeria.

The actor, and the former assistant to the governor of Akwa Ibom state, Udom Emmanuel, was recently tried before a court of the first instance in Uyo, Akwa Ibom state, for the alleged rape of a minor.

Like his colleague, James Olanrewaju, also known as Baba Ijesha, Armstrong is the second Nigerian actor to be involved in an alleged rape case involving a minor.

Prior to his arrest and subsequent imprisonment, the actor was suspended by the Screen Actors Guild of Nigeria, the umbrella body for actors in Nigeria.

A statement signed by AGN Communications Director and actress Monalisa Chinda indicated that the actor had been suspended from acting and guild activities.

Recently, Judge Ntong Ntong granted the actor bail in the amount of N5 million. Last week, after perfecting his bail conditions, he was released from prison.

Days later, the actor announced that he had arrived at the location of his first film after his release from detention.

Following his post, it appears that the film is titled ‘A Walk Away’, directed by John Henry and produced by Imaobong Udoh.

“My first film set after my incarceration and made here. #Done and sprinkled. #OverAndOut. #AWalkAway… The movie,” he wrote on Facebook.

The actor plays a major role in the film alongside Ime Bishop Umoh, also known as Okon Lagos.

The film is being shot in Akwa-Ibom state.

Meanwhile, the National President of the AGN, Emeka Rollas, pointed out that the actor is still suspended.

In an interview with PREMIUM TIMES, Mr. Rollas said that despite his release, the Union would not lift his suspension without following due process.

He said: “We didn’t lift the suspension without getting the right information from the right channels.

“As a Guild, we follow procedure. We also have our committee that will investigate the charges made against him. His findings will determine whether his suspension will be lifted.”

On whether the Guild will penalize him for going to the venue despite his suspension, Rollas noted that a task force is charged with that responsibility.

“That will depend on the working group. As a union, we don’t bother with small issues like that,” said Mr. Rollas.

unaware of the suspension

In his reaction, the seasoned actor pointed out that he was unaware of any suspension.

Speaking to this newspaper on Wednesday, Mr. Moses said that he did not receive formal communication from the AGN indicating his suspension.

He said he only saw it on social media like everyone else.

“They did not give me any letter of that type. The National President of the organization has not called me, even after my release from prison.

“Even the president of the Actors Guild of Nigeria, Akwa Ibom State Chapter, Idongesit Ani Jonah, did not receive any communication from the national body.

He further revealed that his lawyers had advised him not to speak about the case until the October 18 hearing.

Days after his release from prison, the actor recalled his experience behind bars. He had previously stated that he enjoyed his time in prison.

In a Facebook post, Armstrong noted that he was voted the most humble and best-behaved inmate at Ikot Ekpene Correctional Center during his incarceration.

“A few days after my release on bail, I was invited as a guest by the Ikot Ekpene Correctional Center Station in Charge, Deputy Comptroller (DC) Edit Akpan, to honor the occasion of the birthday of his wife, Precious Cletus…

“And I have been invited to participate in the final of the prison soccer competition as the match commissioner coming soon. They will be duly updated with images,” he wrote.

Armstrong was accused of raping a minor.

He was said to have sexually abused a teenage girl he adopted and has been living with his (Mr. Armstrong’s) family.

He was charged with rape, conspiracy to commit a crime, and supplying drugs or instruments to cause an abortion.

The film actor was first tried before a trial court in Uyo in June. The case was filed after the Magistrate, Samuel Ukoima, ruled that the matter was improperly filed.

It was the first time the actor had commented on the subject since June when he was first arrested.

He wrote: “Nothing happens to God. If you believe, you will receive. Nothing Happens God. I didn’t rape anyone. I don’t rape. I have never raped, and I will never rape.”

Nothing Ungodly About Election of New Prelate, PCN reacts.