IPOB slams Miyetti Allah: ‘You’re linking us to Peter Obi due to your hatred for Ndigbo, fear of Biafra 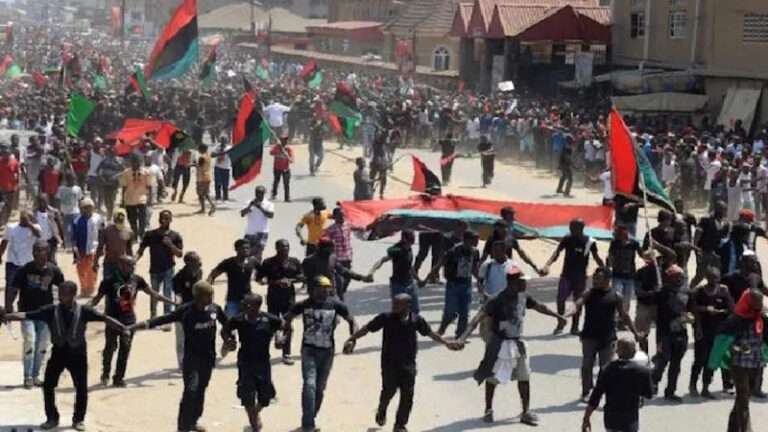 Emma Powerful, the spokesman of the group, said Miyetti Allah was linking IPOB to Obi due to hatred for Igbos and fear of Biafra agitation.

In a statement he signed, Powerful wondered why Miyetti has failed to link Fulani presidential candidates to Boko Haram and bandits.

The statement reads partly: “The attention of the global movement and noble family of the Indigenous People of Biafra (IPOB) under the leadership and command of our great leader Mazi Nnamdi Kanu has been drawn to the laughable and disgraceful statement credited to one Saleh Alhassan of Miyetti Allah group linking the so-called Obedient Movement to IPOB.

“Miyetti Allah is a known architect and breeder of many terrorist groups terrorizing Nigeria since Late Major General Muhammadu Buhari took over power in 2015.

“IPOB knows that these terrorists masquerading as cattle herders constantly linking Peter Obi with IPOB and Biafra agitation are doing so because of their hatred against Igbos and their fear for Biafra.

“They never linked their Fulani presidential candidates to Boko Haram terrorists and Bandits even when it is evident to all that they are co-sponsors of these terror groups.

“Miyetti Allah, a known terrorist supporting and a terror-sponsoring group that the current Fulani Presidency of Nigeria elevated and stylishly glorified to the 4th level of Government are not well informed to know that IPOB does not engage in seasonal jamboree and selection process called Nigerian election.”

The courts have acquitted Saraki of all EFCC corruption charges